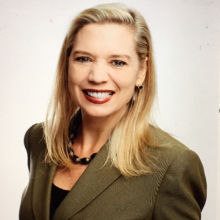 Jane Adams serves as Vice President, Federal Government Affairs managing J&J's Washington office and a team of DC-based federal lobbyists and political programs professionals as well as the J&J Canada government affairs team.  Her experience in Washington, DC spans over 30 years in public health and biomedical research policy; patient advocacy and public affairs. Prior to joining J&J, she served as Director, Government Affairs for Medtronic, Inc. managing medical technology advocacy and policy issues with focus on cardiac rhythm management, diabetes and neuroscience technologies. She also previously directed government affairs efforts for the Juvenile Diabetes Research Foundation and continues to serve in several capacities for both the local and national JDRK organizations as a patient volunteer having been diagnoses with Type 1 diabetes at age 12. 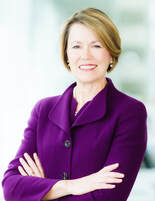 ​ As President and CEO of the American Forest & Paper Association (AF&PA), Heidi Brock serves as the chief advocate for the pulp, paper, packaging and wood products manufacturing sector - an industry which accounts for approximately four percent of the total U.S. manufacturing GDP, manufactures nearly $300 billion in products annually and employs approximately 950,000 men and women.

Brock has led AF&PA throughout the Covid 19 pandemic and represents an essential and sustainable industry committed to the safe manufacture of paper and wood products. She has also been featured in USA Today, The New York Times, and The Washington Post, as well as on CBS News, CNN and Fox News, among others. Prior to joining AF&PA, Brock served as President and CEO of the Aluminum Association from 2011 - 2019. Brock previously served as Vice President of Federal and International Affairs for Weyerhaeuser, where she was an active member on AF&PA committees. During Brock's 18 years at Weyerhaeuser, she worked as vice president for e-business, director of strategic planning and manager for government affairs. Brock also served on the staffs of former U.S. Senators Dan Evans and Slade Gorton. Brock sits on the University of Puget Sound Board of Trustees, the Bryce Harlow Foundation Board of Directors, the American Society of Association Executives and ASAE Foundation Board of Directors, the U.S. Chamber's Committee of 100, The North American Forest Partnership, as well as the Board for DC Central Kitchen. In 2018, she was awarded the CMA Leadership Award to recognize her work to promote sustainability and manufacturing while chairing the National Association of Manufacturers' Council of Manufacturing Associations. In addition, she is a past board member of the Carlton Club and an active fellow of the US-Japan Leadership Program.
Session 2: Leadership and Negotiations Virtually
​Competency: Foundation of Lobbying

​Jayne Nucete is a facilitator, trainer, and conflict resolution practitioner based in Boston, Massachusetts. She helps clients and community members develop the skills they need to engage their most challenging conversations, disagreements, and negotiations with confidence. Ms. Nucete has been facilitating interpersonal skills workshops for 20+ years, and she is particularly motivated by the way dialogue can generate action for systemic change.

For the private sector, Jayne has delivered training in negotiation, difficult conversations, and leadership for Fortune 500 companies in consumer packaged goods, food & beverages, banking, energy, and pharmaceuticals. In the public sector, she has designed and delivered training in collaborative negotiation and consensus building for federal managers, non profit leaders, congressional staff, civil society leaders, youth-at-risk, the World Bank Group, and the World Health Organization. She also consults with organizations to facilitate dialogue about equity, inclusion, and diversity - and move their conversations and plans into action. Previously, Jayne was an instructor and program manager for Voyageur Outward Board School. She is an adept outdoorswoman who has spent more than 700 days leading wilderness expeditions through challenging terrain - and often more challenging group dynamics - in the US and Mexico.
Session 3: How to Testify with the Virtual Shift
Competency: Media and Communication Training

Elizabeth Bartz is President and CEO of State and Federal Communications, Inc. The 28-year company provides a website to corporations, trade associations, and law firms with lobbying, political contributions, and procurement lobbying resources in the 50 states, more than 300 municipalities, and federal government. In 2010, State and Federal Communications included compliance in Canada, followed it with countries in the European Union, and now covering counties in Central America. In addition, State and Federal Communications, Inc. assists corporations, trade associations, and government affairs firms with lobbying compliance. The company, headquartered in Akron, has 40 employees here and in Washington, DC. Elizabeth currently serves on the executive committee of the Greater Akron Chamber of Commerce, is co-chair of the Summit County Social Services Advisory Board's Budget and Levy Affairs Committee, and is a member of WKSU's Community Advisory Council. On a national level she currently serves on the board of directors of the Public Affairs Council, National Institute for Lobbying and Ethics, and American Hellenic Institute. She is also an advisory board council member of PLEN - Public Leadership Education Network.

A well known leader in the state government affairs arena for more than 20 years, Dan has worked within the bottled water, credit card, healthcare and information management industries. He is particularly passionate about environmental, sustainability and packaging issues and has lobbied extensively in those areas at the state and federal levels. He leads the efforts of AMERIPEN - the American Institute for Packaging and the Environment - to develop and advocate positions for the U.S. packaging industry on issues related to packaging and the environment, using sound science and a philosophy of material neutrality. Dan has chaired committees and led task forces for several national trade associations and has served on the board of the State Government Affairs Council where he is a graduate of their nationally recognized professional certificate programs. In addition to his government affairs work, Dan has been involved with the Commission on Presidential Debates since 2000 in support of their quad annual presidential and vice presidential debates, managing ticketing, seating and security issues. A graduate of Gustavus Adolphus College in Minnesota, Dan has lived in the Washington, DC, area for nearly 30 years.

​Jim McGreevy is the president and chief executive officer of the Beer Institute, a national trade association that represents America's brewers, beer importers and supply chain partners - a $331 billion industry that supports more than two million American jobs. Before joining the Beer Institute, Jim served as senior vice president for government affairs at the American Beverage Association. Mr. McGreevy joined ABA in November 2005 as its vice president for state and local affairs. Prior to ABA, Mr. McGreevy was a senior associate at the Larkin Hoffman Law Firm in Bloomington, Minnesota, where he represented client interests before the Minnesota Legislature and administrative agencies. He was honored by CEO Update as a 2014 Top Association Lobbyist. Mr. McGreevy received a BA from Seton Hall University and a JD from the University of Bridgeport School of Law, and he currently serves as a member of the Board of Overseers for the Seton Hall University School of Diplomacy and International Relations. He was also a Policy Fellow at the University of Minnesota's Humphrey Institute of Public Affairs from 2003 - 2004. 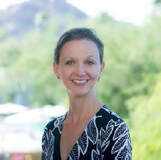 Sheree Anne is the head of the Association of Chamber of Commerce Executives (ACCE) representing more than 10,000 industry professionals. ACCE serves the community via professional development, innovative problem solving, best practices, and industry thought leadership. Previously, Sheree Anne was senior vice president of the Public Affairs Council and executive director of their foundation. During her 16 years at the global association, she served as chief public affairs expert, and oversaw thought leadership, professional development, consulting and benchmarking. During her tenure, she opened the Council's first international office in Brussels. Prior roles include positions in government affairs at the National Association of Home Builders, and on the corporate development and corporate relations team at the US Chamber of Commerce. Sheree Anne holds an MBA from Georgetown, a Master of Arts in Government from Johns Hopkins and a Bachelor of Arts from Bucknell University. Current industry leadership roles include serving on the executive committee of the World Chambers Federation and as a member of the US Chamber of Commerce's Chamber Committee of 100. She's also a board member of the Engalitcheff Institute on Comparative Political and Economic Systems and immediate past-chair of the Bucknell Institute for Public Policy.
Session 5: Kick off to National Summit - Morris Morrison: Disrupt Yourself
Competency: Leading a State Government Affairs Department 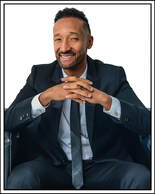 ​Morris Morrison is obsessed with building Stronger, Kinder, Connected human beings. As co-owner of StoryMaker Brands and Windmill Park Media, Morris is a world-class entertainer, writer and entrepreneur who's journey began in New York City before a doctor's words changed his life forever, after being orphaned a second time.

Many world-leading organizations have partnered with Morris Morrison to build fearless, focused leaders that drive uncomfortable change and healthy disruption. Challenges and opportunities early in Morris's life uncovered a unique brand of engagement that connects with audiences of all ages and backgrounds, with an unforgettable message that sounds like a Hollywood movie script. Today, many global leaders have witnessed his impact live on stage and in his latest books titled: Overnight Success and Disrupt Yourself. His message is powerful, his story is unforgettable, and his focus is clear: to bring families & teams closer, and make organizations more impactful, through personal ownership, service and generosity.